The journey to the land of the rising sun.

I mused writing down my travel experiences when I recently read a FB post on how one of my acquaintances had gone backpacking in Europe and enjoyed the time away from the workplace and its pressures. Of course, my star blogger bestie Akshata (@awestruck_aks) also laid down the mandate for me to write about my travails…. oops….travels. This is the first of a four part series I am planning to write as a part of my travel diary series.

My first international trip was actually a short term assignment as a part of my role in an international investment bank. I was a rookie chartered accountant just 2 months into my first job when I was assigned to travel to Japan for 2.5 months. This was daunting in so many different ways – as the second and the last child of my parents, I had never traveled alone earlier. I was unused to taking control of the various practicalities of life when Mom and Dad were always around to help me out with the tiniest of details. My married big sis was still  a huge looming protective shadow in my life, who was used to dispensing with worldly wisdom on everything from eating roadside pani pooris to how to tackle my corporate responsibilities head on.

I was just getting used to the big shift from Chennai to Bangalore for my new job when I received my visa and flight tickets to Tokyo.

To say I was bedazzled by the lights and the skyscrapers on first setting foot in the land of rising sun would be an understatement. I was too busy taking in the clean and well laid out expressways on the way from Narita airport to the heart of Tokyo in Roppongi Hills to realize I had finally arrived at my destination. I took some time to count out the wad of yen stuffed in my wallet and pay the cab the right amount. I had arrived in the middle of the night and took some time waking up to the alarm the next day morning. I had to rush to the office building located a short walk without any breakfast.

On the way, I was distracted by huge digital advertisements for Asahi Group on my way and landed in the office reception a quarter of an hour later. Thankfully, I was able to get some instructions on going around the city and later on to visit other parts of Japan from my colleagues.

My first weekend was spent roaming the streets of Ginza, Tokyo’s ensemble shopping district and doing quite a bit of window shopping before venturing to buy a branded tote bag to carry my essentials around. I realized that I had committed hara-kiri by not bringing a good camera with me – How was I to capture the sights and sounds of my travels? I quickly rectified that mistake by rushing to Akihibara to buy a good quality digital camera as my electronic companion.

I signed up on a guided tour of the city to Tokyo Tower & also visited the Asakusa Shrine and the National Museum of Emerging Science and innovation in Odaiba. The highlight of the tour was the participation in a traditional Japanese tea drinking ceremony hosted by Kimono-clad ethnic Japanese.

Keyakizaka dori, the street where I lived in during those short months was lined with trees lit up in regular intervals as a part of christmas decorations. It became my daily routine to stare entranced at the beautiful sight from my balcony before going to sleep.

I also got used to riding the Tokyo metro and frequently visited Shibuya and Shinjiku on shopping trips and to visit the Meiji Shrine. Of course, I also visited the famous statue of Hachiko near the Shibuya station which I had read about in school days. When my sis mentioned the famed Japanese pearls, I went to scout Okachimachi and landed in a shop owned by a friendly NRI Indian who showed me various varieties of pearls and offered me fragrant tea (authentic Indian Chai!)

Tokyo Disneyland is the stuff of dreams. The artwork in each ride is intricate and literally gives you the feeling of stepping into the character’s homes, be it Winnie the Pooh or Aladdin.

A month later, I started the usual touristy round to Mt.Fuji, the snow capped and attractive volcanic cone. I was disappointed when I heard tourists weren’t allowed to the peak due to weather conditions. I traipsed around in the foothills taking scenic photographs and posing in the breathtaking background. Part of the same bus tour, I also visited the scenic Nikko and Oka-nikko peaks where I saw solid ice bordering the mountain roads for the first time in my life. I also visited and posed in the ice-skating rings on the way. 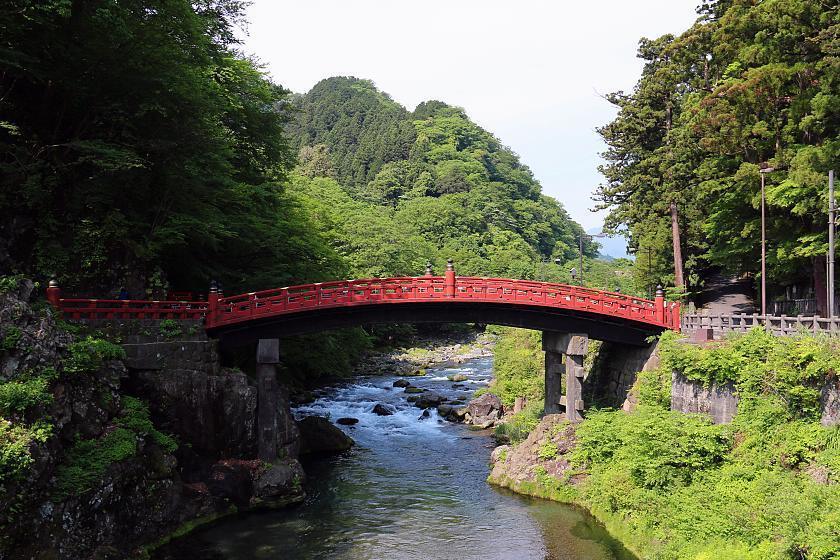 I decided to take off for the last week of the year for multi day sight seeing outside of Tokyo and began my multi city tour of Osaka, Kyoto and Hiroshima. I took the famed Shinkansen (Japanese bullet train) to Osaka. I made a Osaka hotel my base of operations and decided to travel first to Kyoto.

Upon landing in Kyoto, I was instantly charmed by the neat layouts and the extensive trees in every corner of the city. Must see locations include the Golden Temple of Kinkaku-ji, Shimagamo Shrine and Gingaku-ii (The temple of Shining mercy) for their beautiful and exotic greenery as well as being sites of historic and religious significance

The Umeda Sky building as well as Universal studios were my top preferences for sightseeing in Osaka. The Universal studios theme contains huge replicas of box office hits such as King Kong, Dinosaurs (sorry not sure which one) and various other knick- knacks. The Osaka castle is also a great place to visit. Tourists can rent kimonos and a sword for a photo snap inside the castle.

The last city on my agenda was Hiroshima where the only notable place of interest I found was the remnants of the building which survived the atomic bombing in WWII. The trams running around the city are quaint and definitely worth a ride.

Japan train stations and other public places are very tourist friendly and give out city maps, train routes, tram routes for free. The people are extremely friendly and polite. In fact when I lost my way in Hiroshima and asked a young woman for directions, she accompanied me all the way to the Hiroshima train station for 1 km as she couldn’t speak good English to give me directions.

Stay tuned for my next travel update on Bali.